The Roebuck (male roe deer) study. Here I have portrayed a Roebuck in typical autumn ‘pepper & salt’ coat, just after the rut. This Roebuck has a blemish to his nearside antler, probably caused by ‘fraying’ on a blackthorn, whilst in velvet in the spring.

The two pencil remarques depict a group of does and the buck fraying his antlers on a sapling.

Each Roebuck print is published as a single edition strictly limited to 300 copies from the original watercolour study and printed in light-fast inks. Each is numbered and signed by the artist. 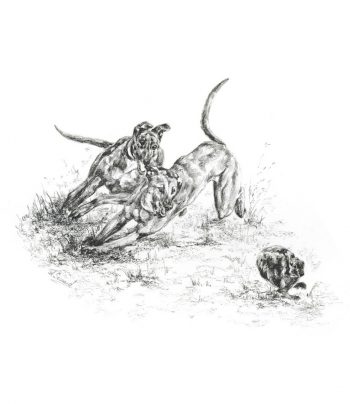 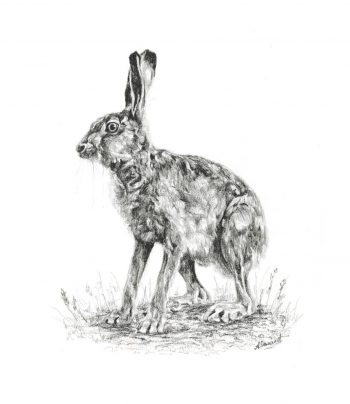 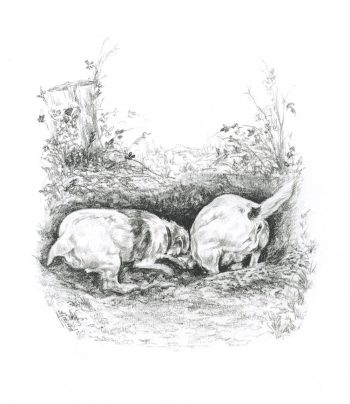 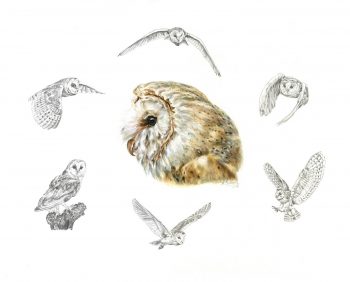 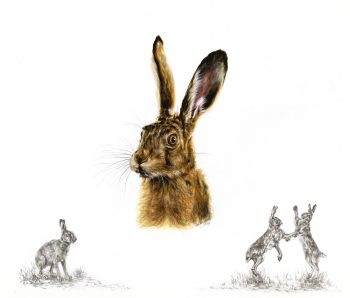 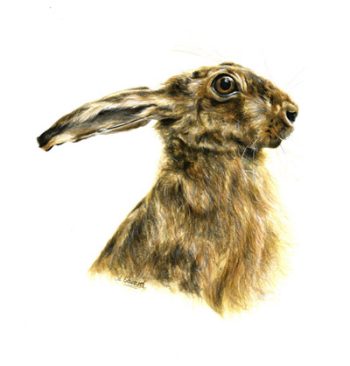 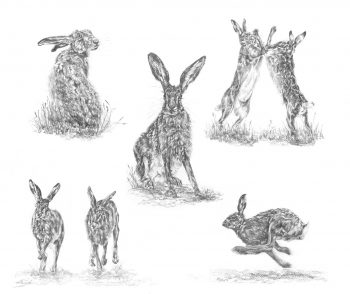